How to Get an Edge in Fitness

Six Big Reasons to Power Your Workouts with Caffeine

Most of us don’t give caffeine a second thought – I mean, over 80% of adults drink coffee on the daily.

But that little stimulant –  once on the Olympic’s list of banned substances – isn’t as mild as you think.  Sure we use it every morning to perk us up for our workday.  But caffeine can do much more for our fitness than we ever knew.

But don’t worry, even though it can enhance your performance, it’s not seen as dangerous (the IOC removed it from the Olympic banned substance list in 2004).

From endurance to strength to fat loss – caffeine might just give you the edge in fitness you’ve been looking for.

Here are the 6 big perks of your favorite pick-me-up, plus an easy users guide at the end to know when how much you really need to see the benefits (spoiler alter – more is not always better). 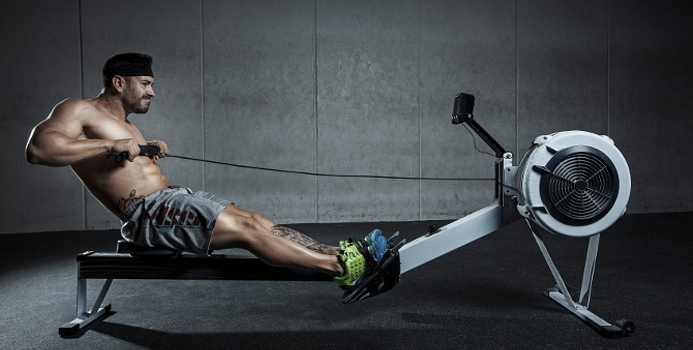 Caffeine’s most widely known benefit is for endurance.  From runners to swimmers to cyclists, caffeine has shown to boost their performance in longer endurance races.

And although researchers aren’t exactly sure what happens, here’s what they think: To power our bodies through these longer endurance races, we rely on glycogen stored in our muscles.  Researchers think that taking caffeine helps your body preserve those glycogen stores and use what little amount you have more efficiently.  In a un-caffeinated athlete, most glycogen stores are emptied in about 15 minutes.  But with a dose of caffeine, it takes nearly twice as long before those stores are gone. That means you get twice the time to work before fatigue sets in.

Caffeine is good for more than just long endurance training (because who likes those long races anyway?). It can actually enhance your short-term performance, from 30 seconds to 4 minutes.

In athletes where short burns of energy are necessary, like soccer and rugby, caffeine was shown to enhance their sprinting and jumping power when compared to the un-caffeinated groups.   Researchers think this happens because caffeine can pull the calcium from your muscles – and less calcium means they can contract more efficiently.  Better contraction means more explosive power.  So you run faster, jump higher and can power through your workout better.  All from your caffeine.

Recently there have been lots of studies looking at caffeine for body builders or strength and conditioning athletes.   And in this new literature some interesting findings have been popping up.

Caffeinated athletes more often select heavier weights for themselves, report feeling less fatigued when using them and then reported faster recovery after the workouts.  So even if the caffeine doesn’t actually make you stronger, it might give you the perception that you are – allowing you to train harder and recover faster.

But the other interesting finding from the research is that athletes may perform better of strength exercises because they have increased focus. Caffeine is widely known to enhance your focus, which is why we drink it to make it through the work day. And applying that focus to better form or technique may help athletes train more wisely and lift stronger.    But maybe athletes can just lift more because of the next caffeine perk.

By blocking pain receptors, caffeine actually helps to increase your neural function and reaction time. You see, when our brain senses pain, it creates a chemical compound called adenosine.  That adenosine then travels around the body and binds to our nerves. When they pair up, we feel the aches and pains and our brain tells us we need to stop whatever we are doing so we can stop the pain.

But caffeine and adenosine look pretty darn similar.  And since the nerves can’t tell the difference between the two, those nerves will bind with the caffeine instead of the pain signals.  And unlike the pain signals, caffeine doesn’t tell your body to stop what you’re doing – it tells you that your doing great, that your nerves have tons of energy and you can keep powering through that workout!

Now the sneaky part – our nerves can only bind to one thing at a time.  So if they’re already bound to caffeine, they won’t bind the the pain chemical.  And that means you can power through more of your workout before you feel the fatigued and achy effects. 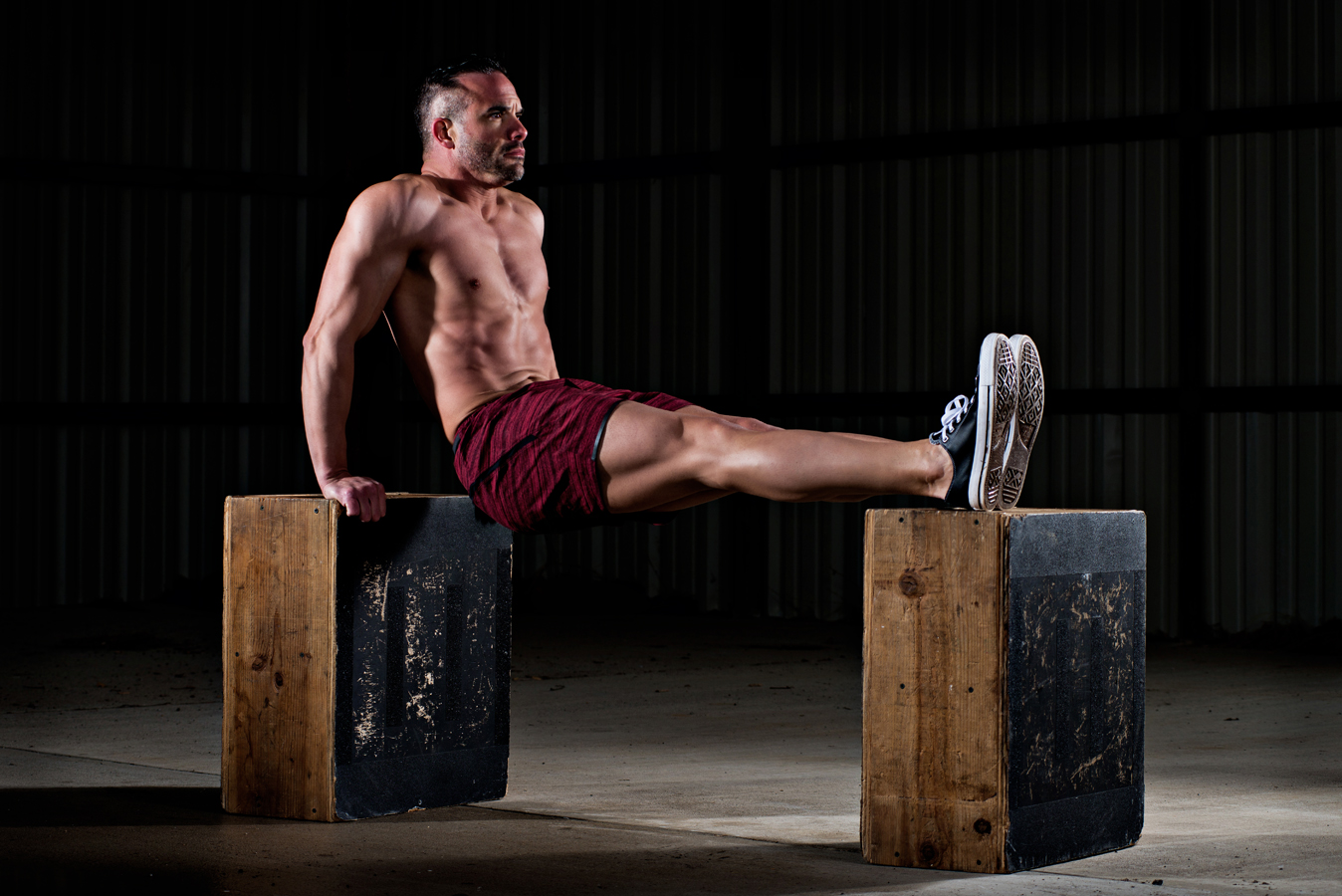 Caffeine is one of the best source to fight the soreness from a serious muscle thrashing. And you can take it pre or post workout and still see the perks.

One study found that given 2.5 cups of coffee post-workout reduced muscle soreness by almost 50% compared the non-caffeinated group. In another study, the caffeine group did more reps, thought the workout felt easier and felt less sore a few days later than the un-caffeinated group – a surprising study since the caffeine users lifted heavier weight to begin with.  Stronger and back in the gym faster? Sign me up.

And finally, caffeine can help shed fat in two ways.

First, because it is a stimulant, it actually speeds up your base metabolic rate by 3 – 10%. That means anything you do, from sitting and working to training, will have a higher calorie burn than when you were caffeine free. Higher BMR means more fat burn.

But caffeine also helps free fatty acids from your cells.  When those acids are free, it is easier for your body to tap into your fat reserves and use those to fuel your workouts. Caffeinated training equals higher fat burn.

So how much caffeine do you need and how do you take it to get these perks?

The Quick Users Guide to Caffeine

How much caffeine do I need?

Regardless of whether you’re working to build muscle or shed fat (or both), caffeine can help perk up your performance.

The optimal dose is somewhere between 3-6 mg/kg of body weight.   But more is not better.  And in most studies, any caffeine over the 6 mg/kg dose did not give any additional perks. 1

How to find your optimal dose:

But keep in mind that most cups of coffee have different levels of caffeine.  An average cup is usually between 100-150 mgs, but that all depends on size, bean, brewing method, etc. So check labels or read nutrition facts online to see how much caffeine is really in your go to joe.

But wait a minute…

Do I have to drink coffee to get the caffeine perks?

Absolutely not.  In the literature, coffee was found to be equally effective as a caffeine supplement. 2

Although be wary – there are heavy cautions on powdered caffeine supplement forms as they can be difficult to measure and overdose is possible with caffeine.   And although energy drinks are a bit controversial, they probably aren’t your best bet for your caffeine intake. It’s better to stick with traditional supplement form (like capsule or powder) or natural form like coffee (sans the milk and sugar of course).

So when do I take the caffeine to get the edge in fitness training?

The research shows that taking the caffeine up to one hour before training or during your training can give you the best benefit.  Although most of the caffeine benefits seem to last up to 3 hours so you might have a bigger window than you really need – that afternoon coffee run might help with your evening workout.

And here’s another interesting thing about caffeine timing:

There have been a few studies that look at whether the caffeine supplementation was more beneficial if it followed a few days “break” from caffeine.

One study looked at this with cyclists. Half the group went 4 days sans caffeine and then took the supplement.  The other group had it daily.  And regardless of whether they were with or without it – the benefit were pretty evenly matched. 3

But another study followed a similar process. Only they extended the caffeine-free time to 7 days.  This study found that folks that went the entire week without caffeine had more benefit from the caffeine supplement when they did take it. 4

So since the research is conflicting – you don’t have to change your caffeine habits if you don’t want to.  But if you feel caffeine isn’t helping you, maybe go a week without it and then try it again.  The caffeine break may help reset you to respond better when you do have it.

Moral of the story: Caffeine can boost your performance in nearly all things fitness – from speed and endurance to fat loss.  But the most important thing to do is listen to your body.

Some people may not respond well to caffeine – it can make you feel jittery or anxious and make your fitness training worse.  But for others, like most of the participants in these studies above, it was beneficial for their training.

What works for one doesn’t work for all so if you want to see if caffeine gets you the edge in fitness, start small.  Keep your dose near the low end of the spectrum and only increase as your body is able to manage.

Remember, we aren’t doctors and we don’t play them on TV.  We’re just sharing the research facts with you about the benefits of caffeine on training.

Just enter your info to get the latest, fresh awesomeness delivered directly to you!

Each Monday, we’ll send you 3 action packed tips to level up your health and fitness. It’s not bro-science and they aren’t hard to start using.  Just easy to use tips to start your week off a level up.